Our client is a multifaceted company with over a quarter of a century history and rich tradition in the food ingredients industry. They are a multi-dimensional manufacturing enterprise dealing in proprietary, value-added food blends and a widely diverse range of ingredients. They are currently seeking a VP Technical Services for their R&D facility in the Midwest.

The High Cost of Lab-to-Table Meat

Forget free-range, antibiotic-free, and grass-fed—tomorrow’s burger will be lab-cultured. Scientists are creating a new slaughterhouse-free food group called clean meat: edible animal protein grown in a vat. Stem cells are extracted from animals, brewed in a bioreactor, fortified with nutrients like amino acids and glucose, and structured around collagen “scaffolds.” It’s not just about cultivating the ideal boneless chicken wing: These miracle meats could reduce the planet-depleting land and water use of traditional animal agriculture by more than 80 percent. “From an investment standpoint, this is potentially a trillion-dollar market opportunity,” says New Crop Capital partner Christopher Kerr, leading VCs to grab a stake in their labstock of choice.

Registration for IFT18: A Matter of Science + Food Now Open

Registration is now open for IFT18: A Matter of Science + Food in Chicago, July 15-18 at McCormick Place. Hosted by the Institute of Food Technologists (IFT), IFT18 will convene food science and technology thought leaders and decision-makers from more than 90 countries representing the most prominent organizations in the global food sector. 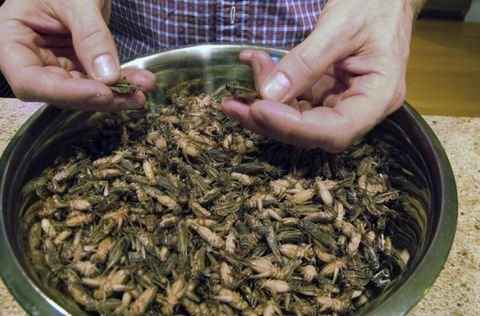 Plenty has been said about insects as an alternative source of protein with environmental benefits. And for good reason. The Food and Agriculture Organization of the United Nations predicts that by 2050 the world population will be 9.1 billion, which they say will require us to increase food production by 70 per cent. And as early as 2013, the FAO started promoting insects as an “unexplored nutrition source that can help address global food insecurity.”

Scientists Working on Converting Human Waste Into Food for Astronauts

NASA astronauts Scott Kelly (R) and Kjell Lindgren get ready to eat the first food grown and harvested in space on the International Space Station on Aug. 10, 2015. What they’re eating was not made from human waste, but that could change in the future. NASA via Getty Images 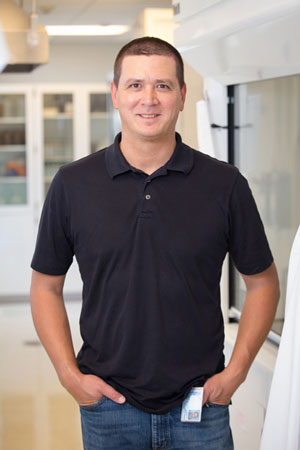 Dr. Sam Nugen, Associate Professor of Food & Biosystems Engineering, Dept. of Food Science at Cornell University in Ithaca, NY, USA, will be presenting at Pittcon 2018, in Orlando, USA, next February. Nugen previously worked in the food industry as a research engineer prior to returning to Cornell for his doctorate. His first faculty position was at the University of Massachusetts, Amherst, then in the summer of 2016, he returned to Cornell and set up his lab. In this interview, SelectScience® finds out more about Nugen’s research on food and water safety, and about why he’ll be attending Pittcon.